One of the joys of being in the vinyl business is learning about old record stores and hearing peoples' stories.  On January 6, 2014, we had the utmost pleasure of visiting with the last family member related to Marco Records, which was located in an old gas station at 176 S. Front Street, Columbus, Ohio through the mid 60's.  Barb kindly let us into her home and let us purchase all the remaining records in her house, seven years after her husband, Steve, passed away.

Barb dreams of going on a cruise this year, something her husband was never able to do with her, so she'll put the money from selling the records towards a little vacation.

Steve's parents, Manny and Ann, owned Marco Records, and can be seen in the photos here.  Steve  had diabetes as a child, and could not go to school with the other kids unless the school had a full-time nurse.  Since one was not available, Steve was home-tutored by Columbus Public Schools, but got to spend most of his days with his parents at the record store.  Pretty sweet. 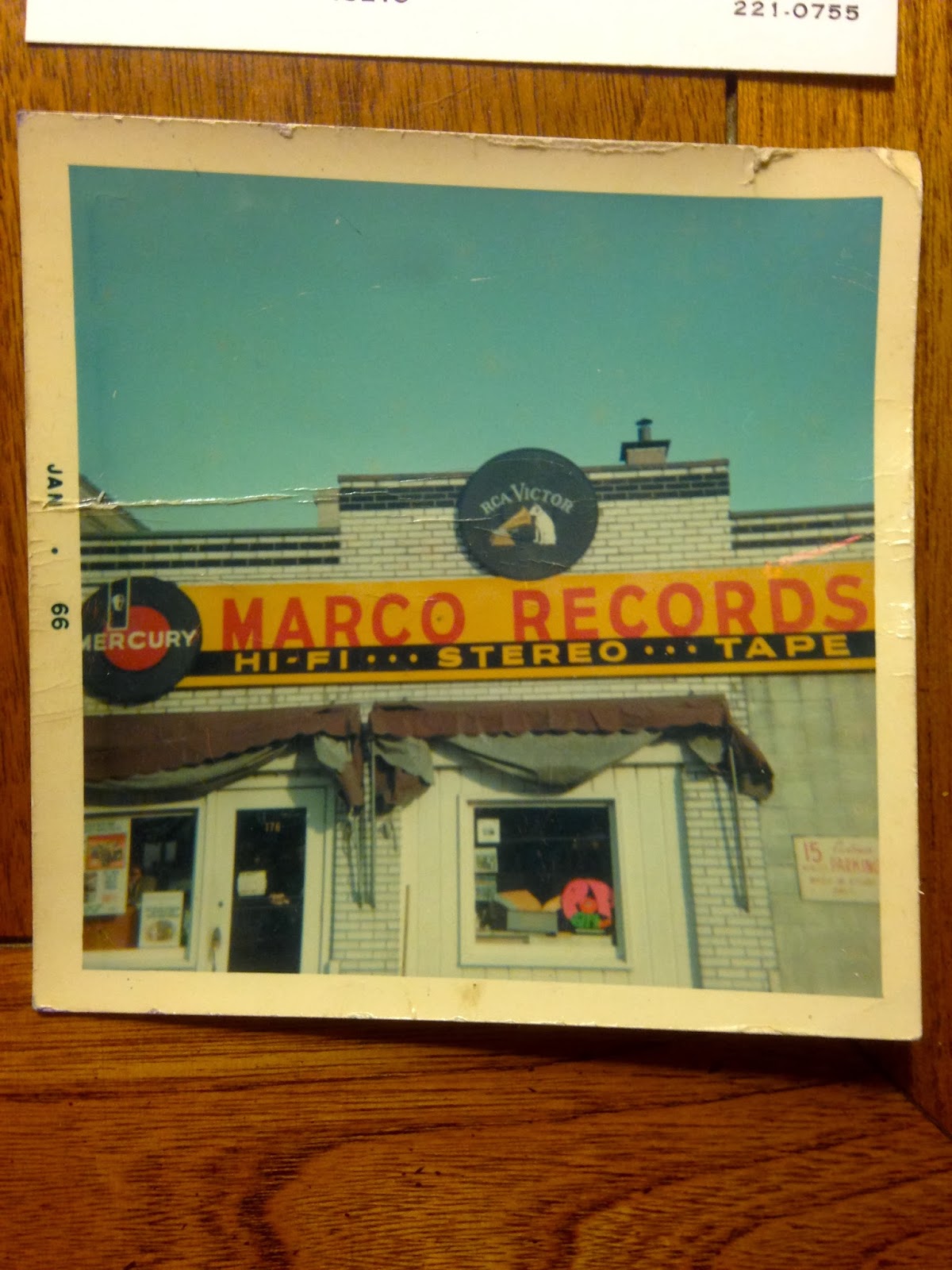 Well, if you are wondering where Marco is, you'll be disappointed--Marco Records originated in Marlborough County, Kansas, borrowing the first letters from the county's name!

Barb believed that the record store went out of business because of its proximity to Lazarus and competition with other records stores, such as Woolworth's record department.

Steve went on to work at Recordland at Eastland Mall, which closed doors in 1981.

The 500 LPs and 600 7-inch collection we bought is just absolutely packed with DJ copies, white label promos, and picture sleeves.  With only one owner and in the same house for fifty years, these records are in pristine condition.  Many were slugged away with the intention to sell them later down the line.

We are thrilled to offer these records back to Columbus vinyl hunters.  We never sell records online or on eBay, so you can always be sure that the price fits the local market and you won't be bidding against people in Japan for these beautiful records.  Just come to the store and check them out.

It is always bitter-sweet, to get a collection like this.  To Steve, Manny & Ann, wherever you are, up in the big record store in the sky, we salute you and put this needle in the groove for you....